Top 3 Destinations in Northern France to Visit this Summer 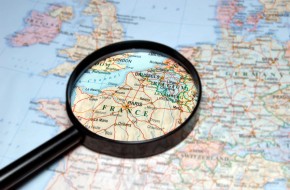 In this post, we detail our top three Northern France destinations we recommend you visit this coming spring/summer.

At Relyon, we provide affordable parking facilities in Dover and Folkestone. We thus hear many exciting stories about Northern France from our fortunate customers. In this post, we aim to share some of this knowledge about the wonders of Northern France.

Below we list three essential Northern France locations we urge you to check out during the summer of 2016!

In later blog posts we will explore other districts of Northern France.

1. The fantastic city of Lens

Lens is located in the Pas-de-Calais 'department' of France. 'Departments' are pretty similar to English 'counties'. Lens is a 'Picarde' region. This is named after the language spoken in the region. Lens has a population of 250,000, so it's a fairly densely populated city. Lens is an old mining town and for many years the city was largely written off as depressed and in 'decline'.

However, thanks to recent investment, Lens is now home to the new Louvre gallery. The gallery opened in 2014 and it is home to the 'Galerie du Temps', a gallery containing art spanning a thousand years of French and European culture.

Lens is also home to some of the region’s best restaurants, such as Au Bouchot and Le Cesarine.

Lens is also home to Europe's largest 'slag heap' and large open plains. Lens has a rich mining history (think Sheffield of France!), and many of this infrastructure is now open to the public. Lens' mining area is now a Unesco world heritage site.

2. Discover the region's "Theatres of War"

When it comes to World War I monuments and battlefields, you really cannot beat Northern France. The region welcomes nearly a million visitors each year who travel to pay tribute to those who heroically fell in World War I. The War's centenary in 2014 saw a massive increase in the number of people visiting the area. Parades and tributes take place throughout the year. Click here for more information.

We urge you to visit the underground war tunnels at Arras and the war cemetery at Notre-Dame de Lorette and Étaples Military Cemetery. And why not complete the Circuit of Remembrance? This is a 40-mile stretch that takes you around North France's many World War I remembrance sites such as the Somme Museum and Lochnagar crater.

3. Discover the city of Lille

Many of you who travel through Europe may have stopped off in Lille on-route to your final destination, which is typically Paris. For this reason, Lille gained the reputation as a 'stop off' location, rather like Stock-on-Trent in the West Midlands.

However, we urge you to stop off in Lille for at least a day or two so you can soak in this fantastic city's culture and history. Lille is the capital of Nord-Pas-de-Calais.

Lille has many of Parisian style attractions, but for a fraction of the price. For instance, Lille is home to many Parisian style eateries and markets, all of which you will enjoy.

When in Lille, we urge to view the 'Grand Place'. This is home to La Vieille Bourse, an iconic building from the seventeenth century. Lille is also home to a fantastic nightlife.

Relyon is an affordable Dover port and Eurotunnel parking provider based in Dover, England.